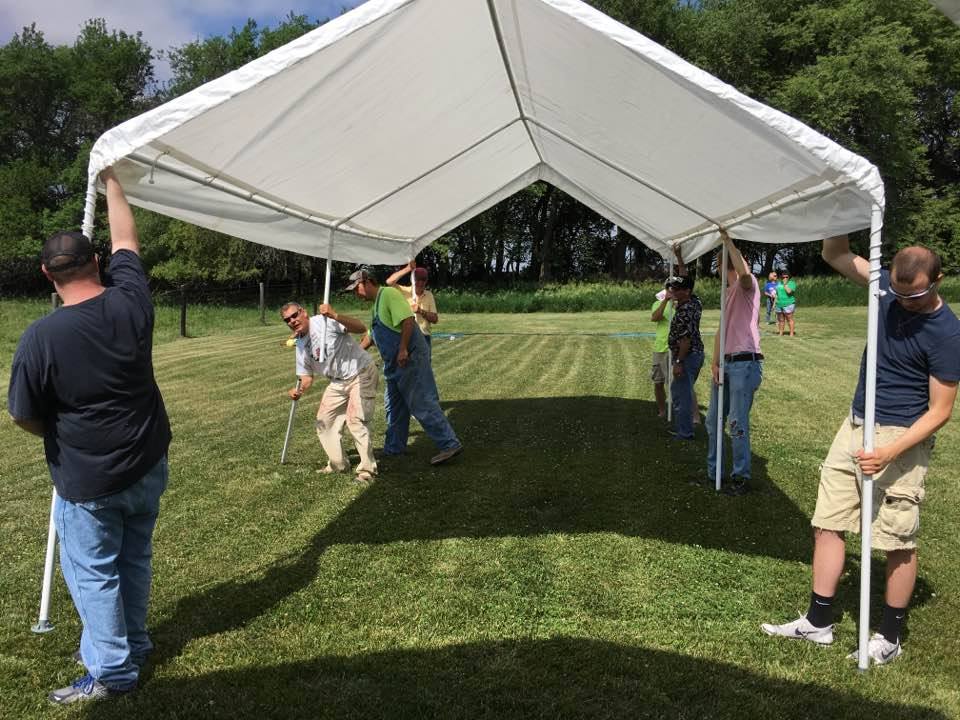 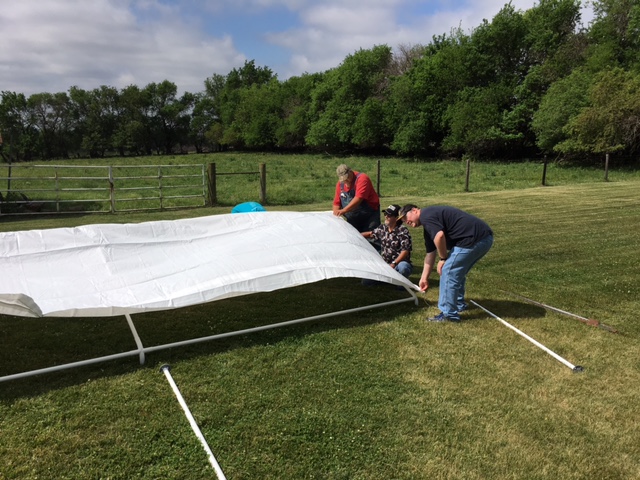 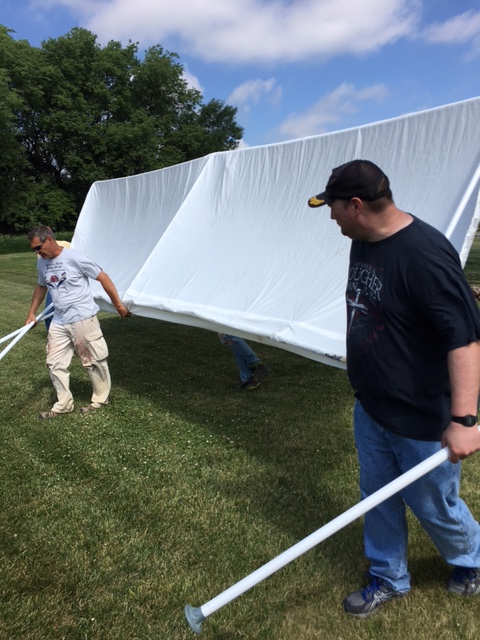 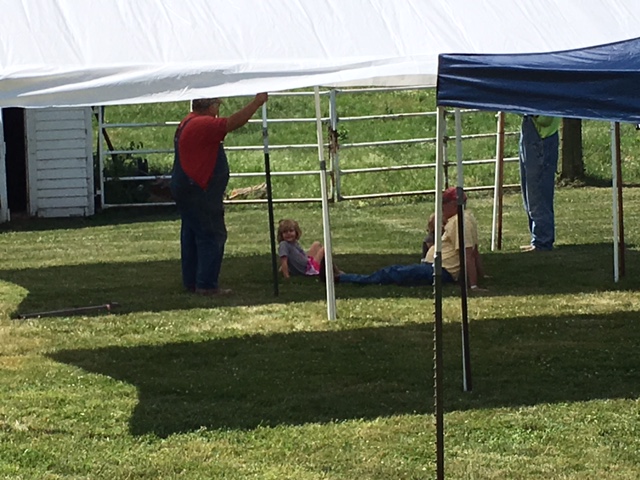 Carl Siefert, Merv Meyer (sitting on the ground) and the legs of Hank Oetjen, and the energenic girls!  (Names not given for safety reason.) 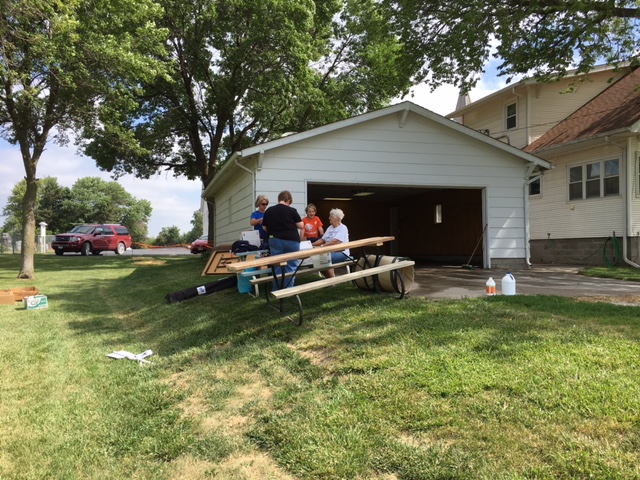 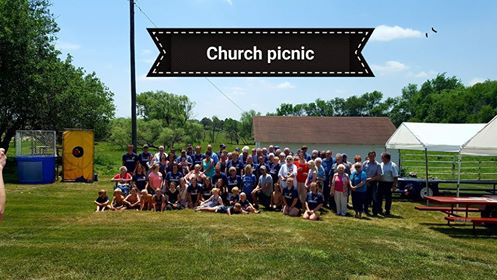 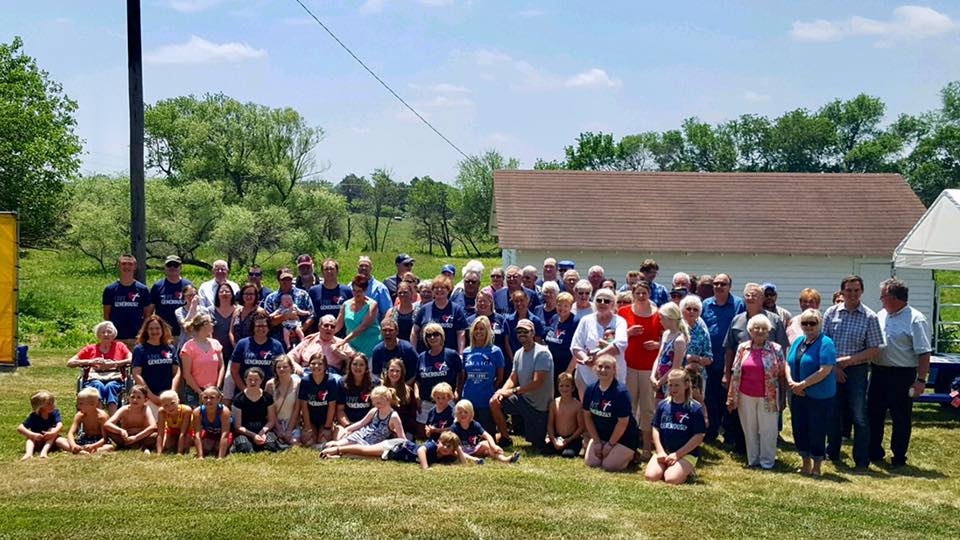 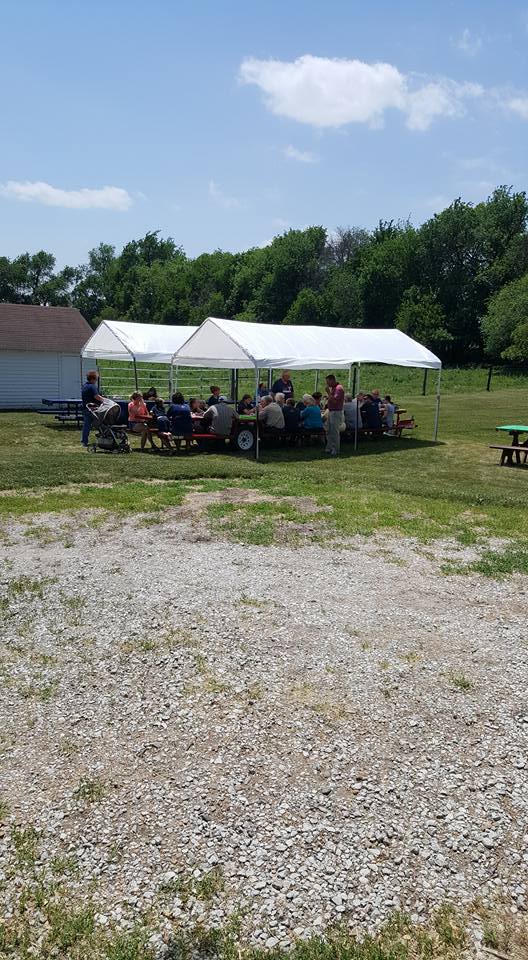 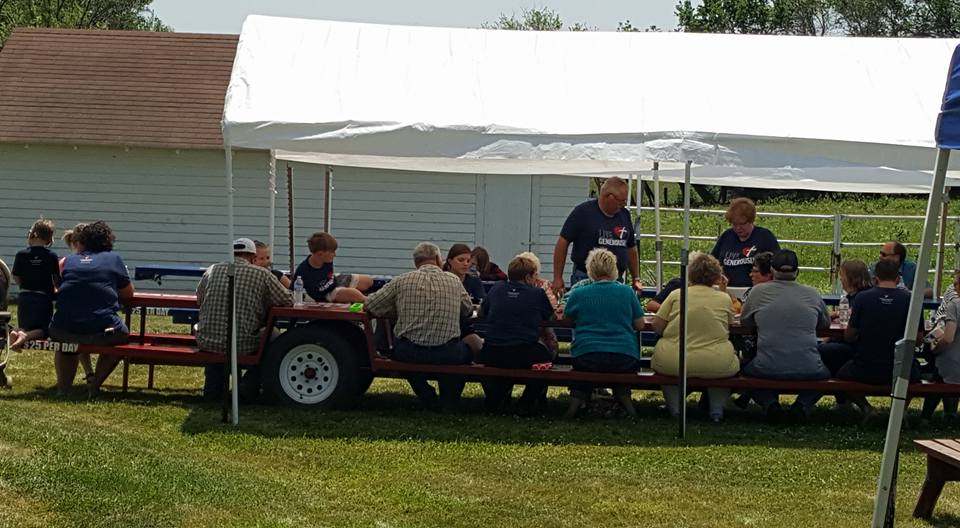 Bingo using Trinity history as the information on the card. 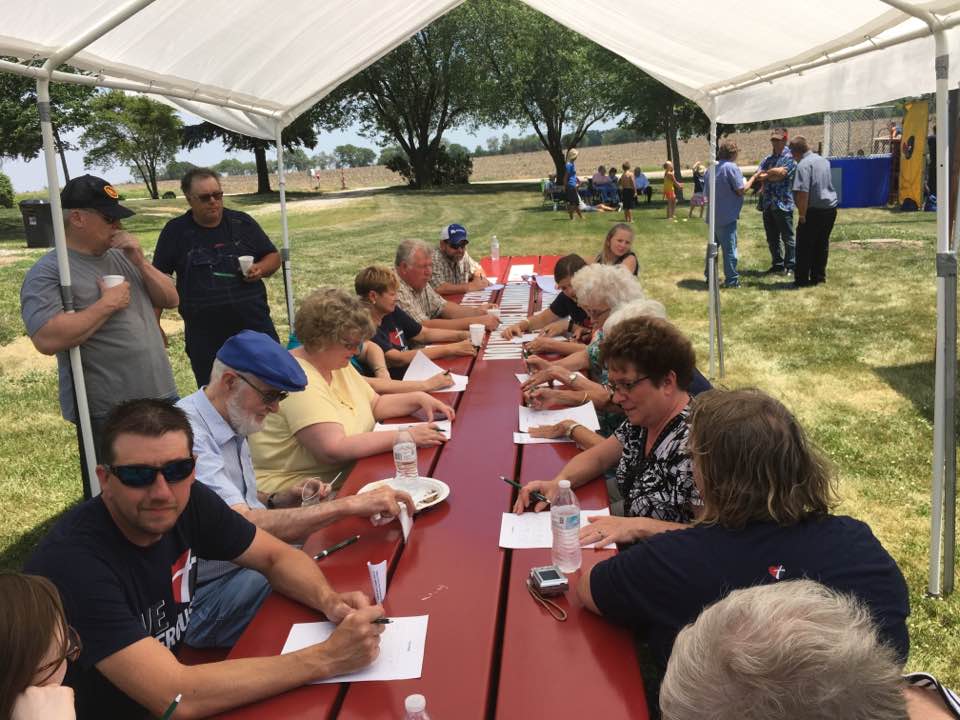 Participants created their own bingo card with Trinity history information provided to complete the card. 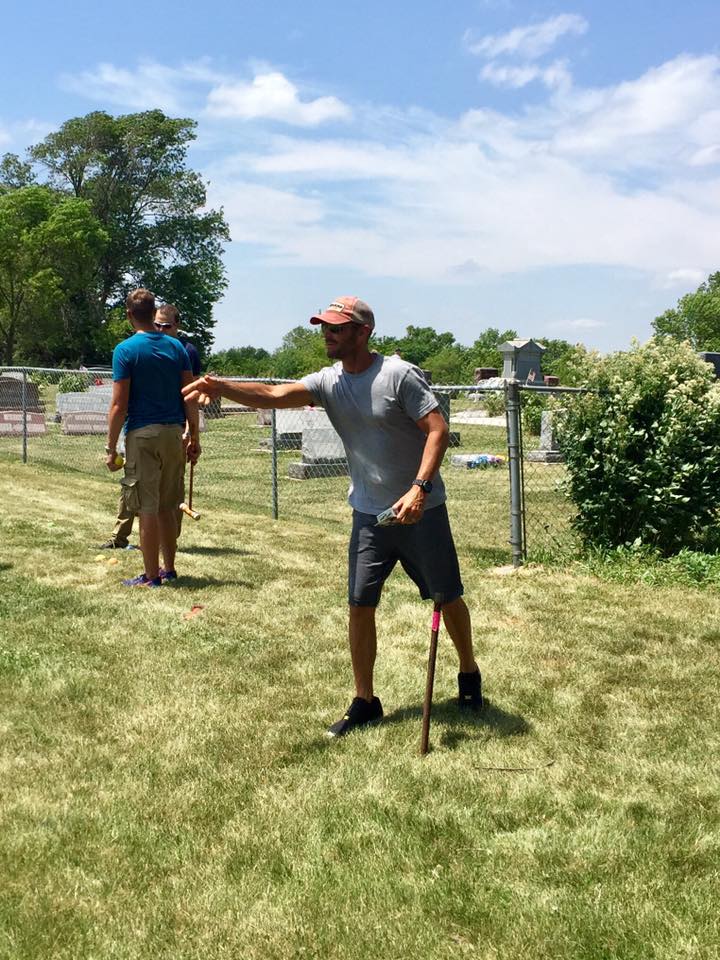 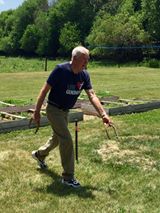 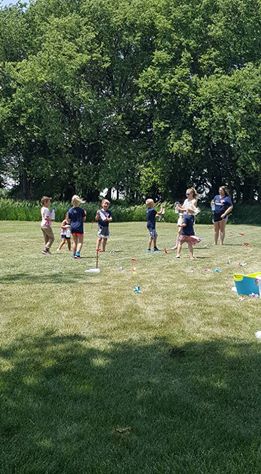 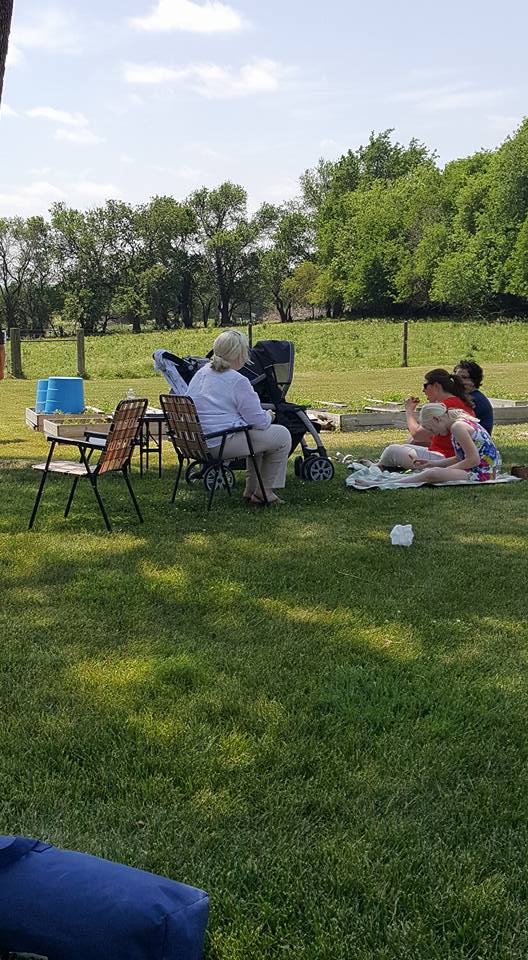 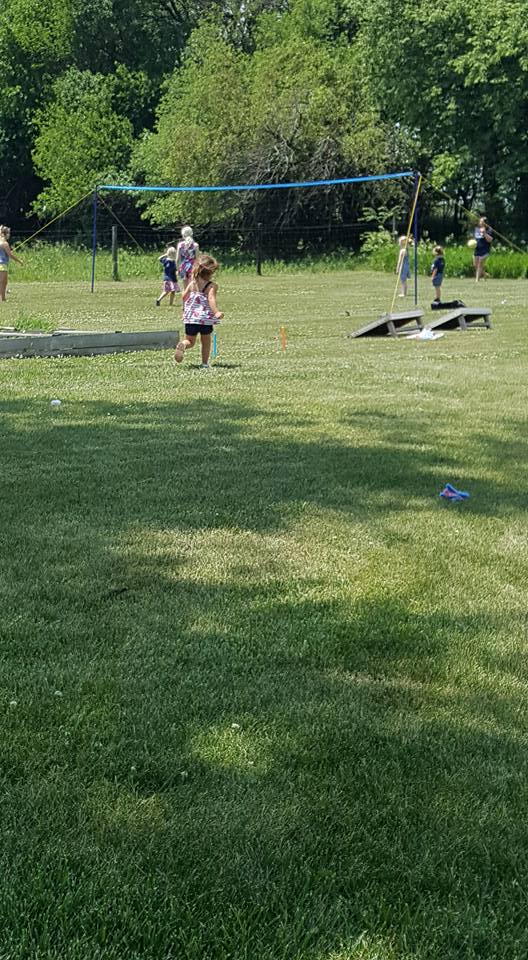 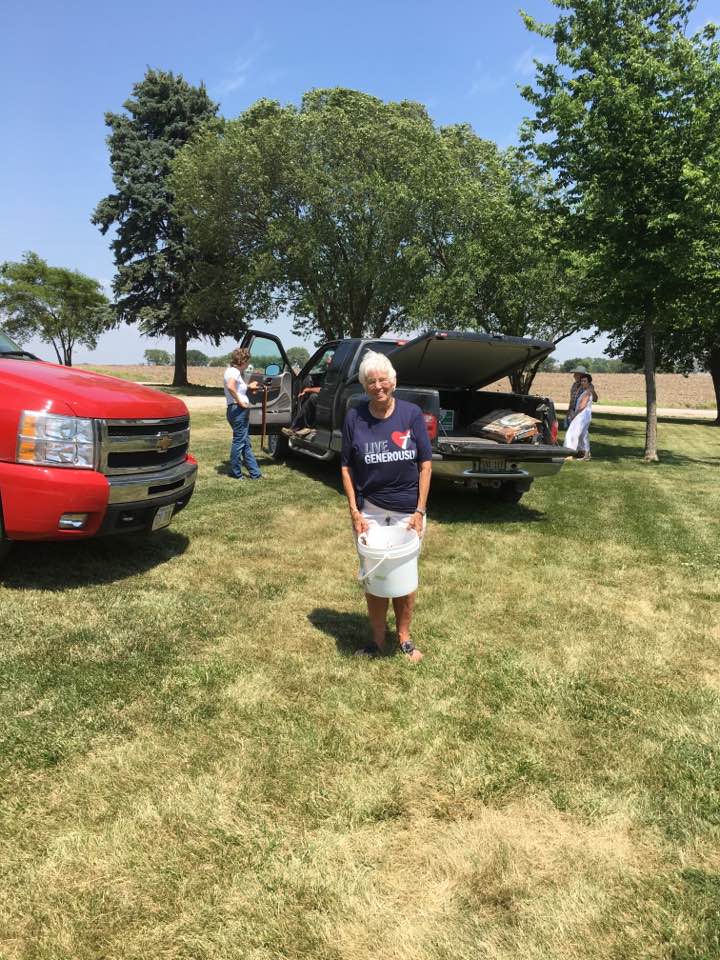 Margene Meyer and a bucket. 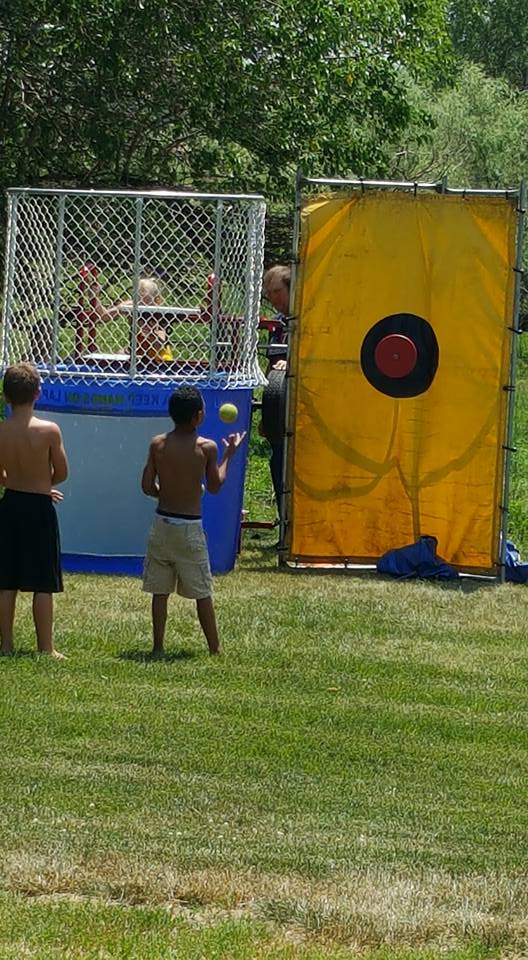 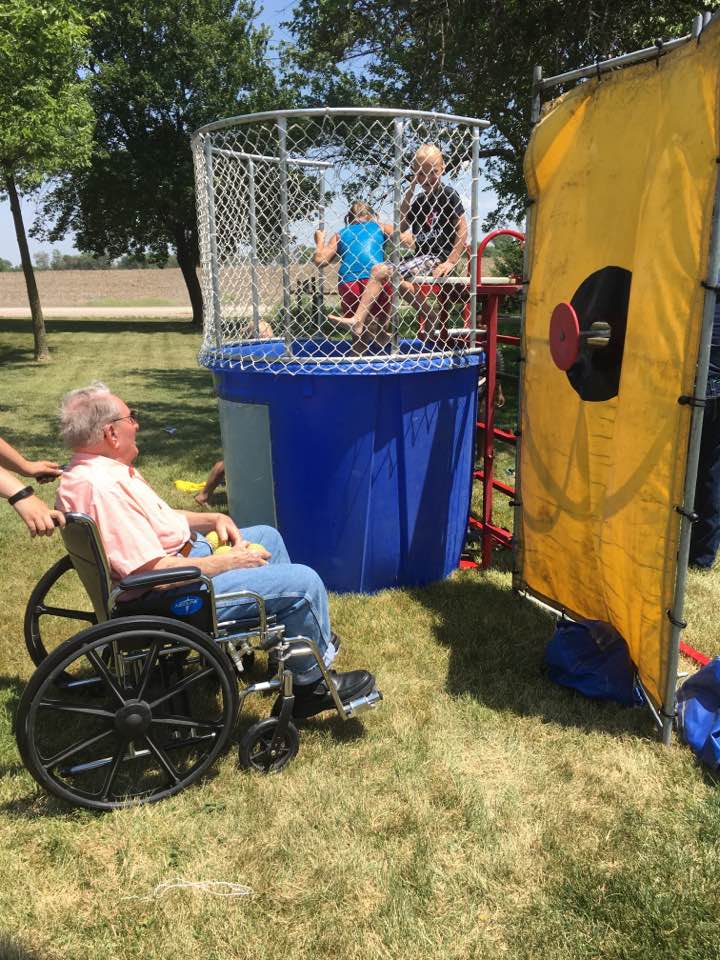 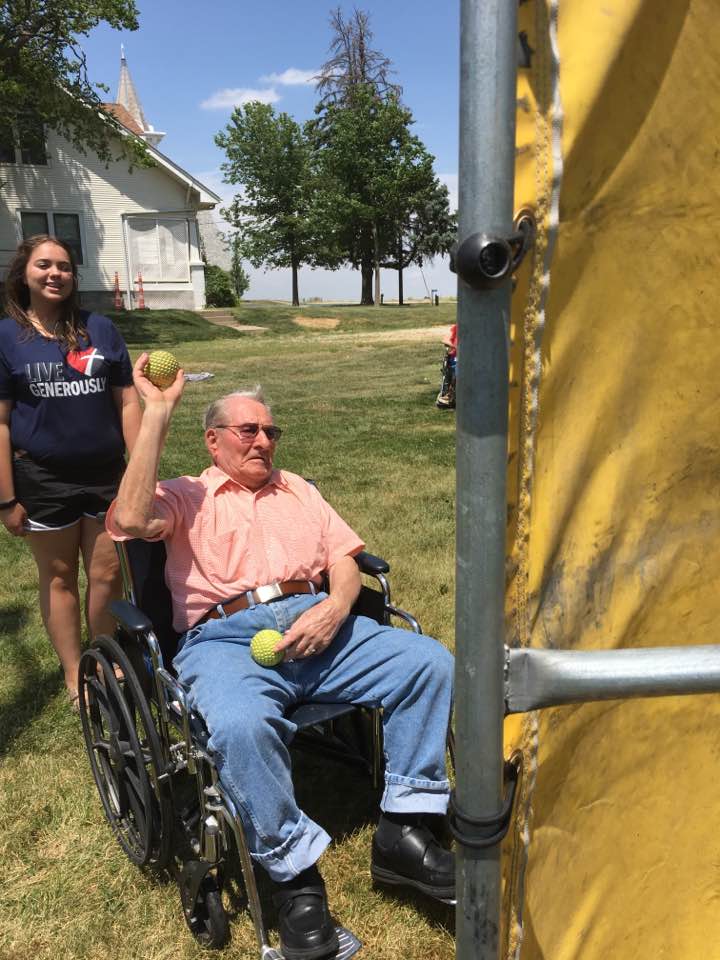 Mandy Kemper assists Alvin May (89) and he tosses the ball and Ben goes into the tank. 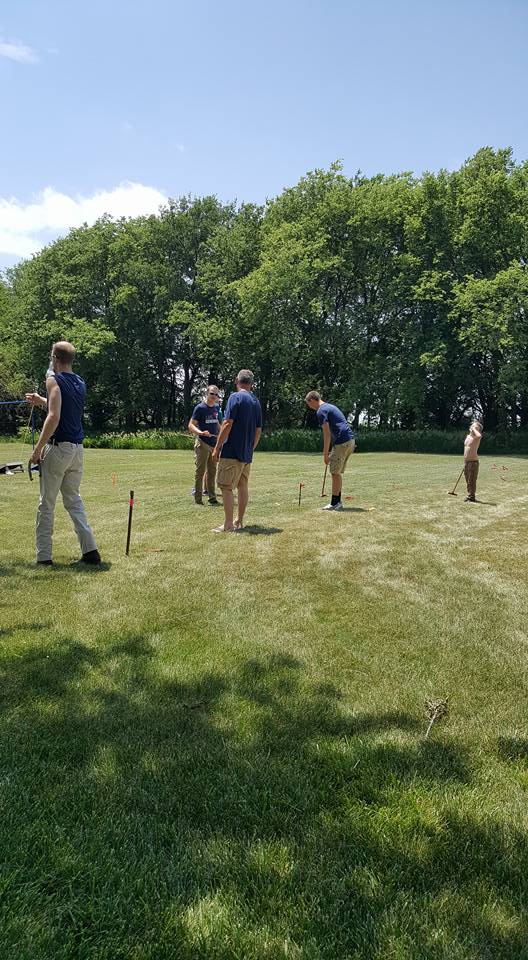 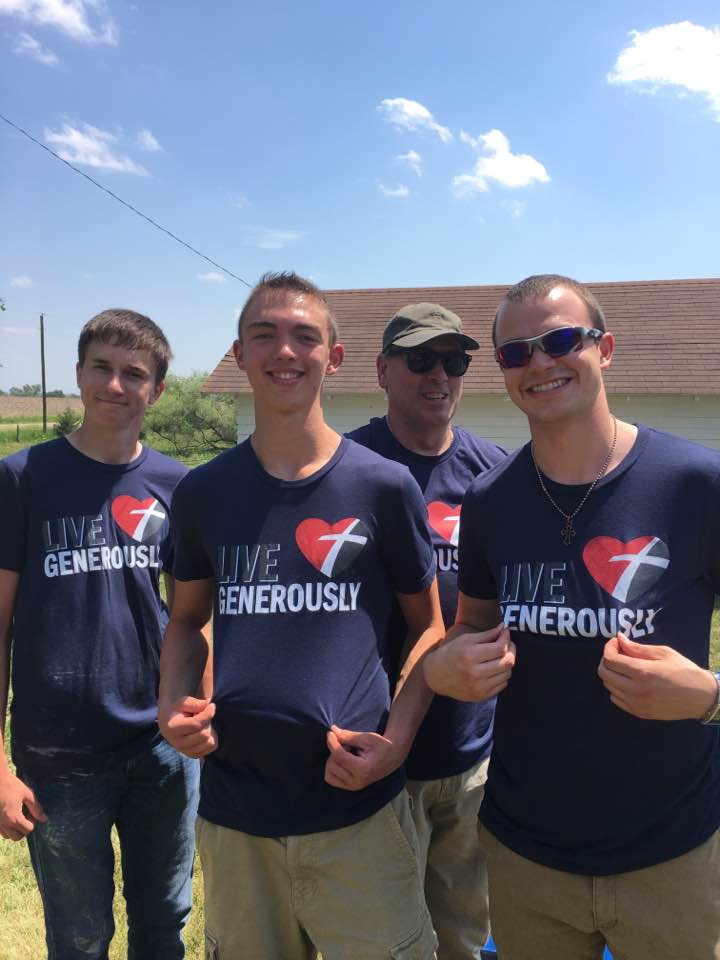 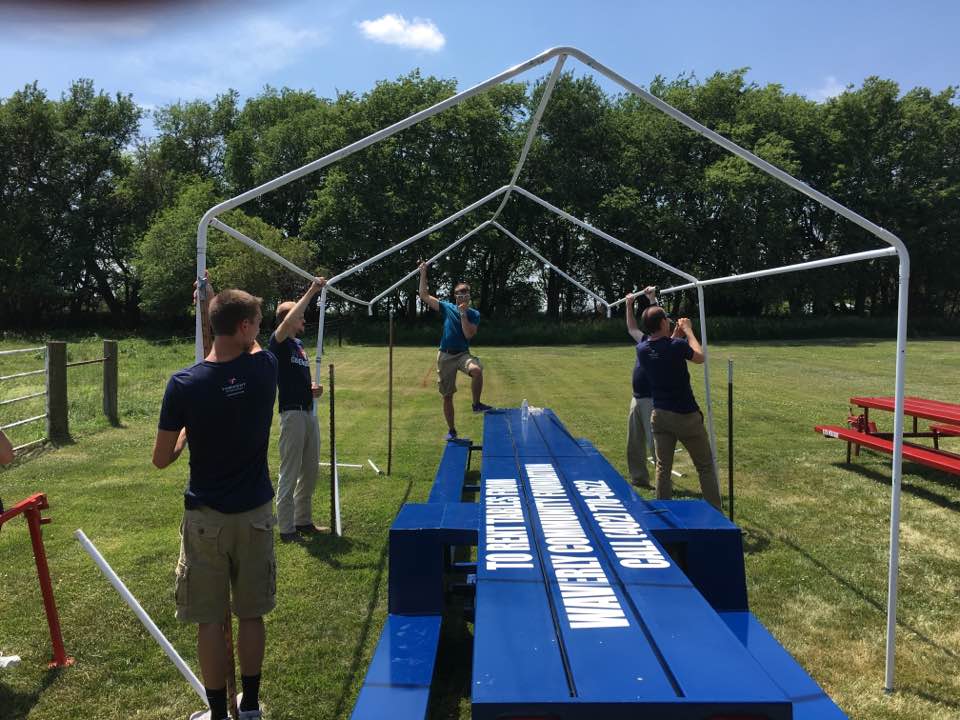 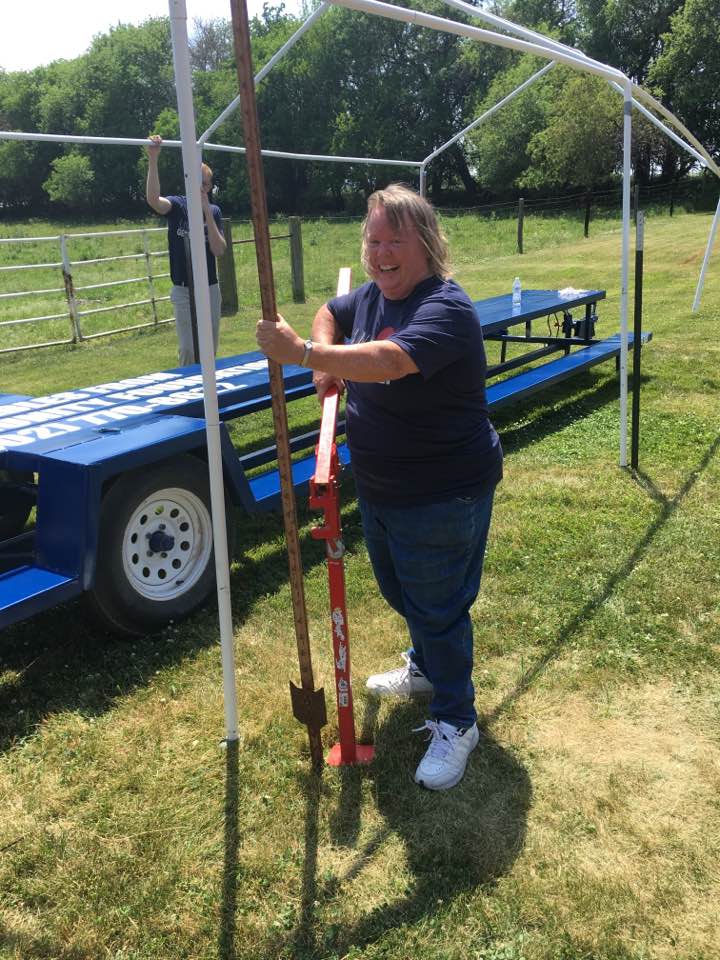